Someday, apples in north Georgia could be harvested by robots modeled after the gibbon, an arboreal ape species that swings from limb-to-limb in the forest canopy, hunting and picking ripe fruit to eat. Called “brachiation,” or arm swinging, their method of locomotion inspired the design of the Collaborative Apple Picking Robot (CAPBOT), an apple-harvesting robot invented by engineers at the Georgia Institute of Technology.

At the Southeast Regional Fruit and Vegetable Conference in Savannah last January, Ai-Ping Hu, senior research engineer in Georgia Tech’s Food Processing Technology Division, explained how CAPBOT uses a “search” arm to identify apples and plan pathways for the “grasp” arm to approach and pick the fruit. Each arm is equipped with a color-plus-depth camera. While one hand can recognize apples and direct the other hand to pick them, the machine can’t measure the ripeness of the fruit. Researchers are currently working to upgrade the grasp arm with that ability.

When the topic is agricultural research in Georgia, the University of Georgia is the organization most often credited. And when UGA and Georgia Tech meet in the same sentence, especially around Thanksgiving, they’re typically colliding on the football field for another historic round of clean, old-fashioned hate.

But what you see on the gridiron is 180 degrees from the relationship the two schools share in the farm fields of Georgia. There they work in harmony — and often full-fledged partnership — to improve the productivity and profitability of various sectors of Georgia agriculture.

Examples of productive collaboration include:

Glen Rains, an agricultural engineer in UGA’s College of Agricultural and Environmental Sciences, is working with the Georgia Tech Research Institute to improve the peanut-grading process. After harvest and drying, peanuts are manually sampled and inspected for size, moisture content, meat content, foreign matter and damage. Grades given to peanuts determine the price a farmer will get at the market for his crop, as well as the loan value for price-support purposes.

“It’s done with the human eye and has been done this way since the 1950s,” employing thousands of seasonal workers, said Rains.

Through a combination of technologies that include digital imaging that allows a computer to inspect and grade the samples, this collaboration aims to streamline the process and improve efficiencies.

Mark Czarnota, a UGA CAES horticulturist based in Griffin, Georgia, is collaborating with biologist Ulrika Egertsdotter and Cyrus Aidun at Georgia Tech on the micropropagation of Abies firma (Momi fir), blueberry and stevia. Abies firma could be Georgia’s answer to North Carolina’s perennial Christmas tree favorite Fraser fir. The scientists are searching for a reliable means of propagating this conifer for the southeastern Christmas tree industry using somatic embryogenesis.

The blueberry/stevia project is looking at faster, more efficient ways to propagate these plants.

It’s only fitting that the lion’s share of collaborative efforts between UGA and Georgia Tech focuses on Georgia’s top agricultural industry — poultry. A few poultry projects are:

Through NASA, Deepak Mishra, director of the UGA Small Satellite Research Laboratory, will launch a satellite in February to monitor the condition of Georgia’s wetlands.

“The satellite will allow us to look at things like carbon sequestration,” Mishra said. “Our wetlands indirectly impact our water resources because they provide habitats for fishes, fight against storm surges and help fight against coastal flooding.”

Georgia Tech will report the data from this study to NASA through the Georgia Space Grant.

UGA researchers David Radcliffe, Susan Wilde and Gary Hawkins are studying the amount of phosphorus being discharged into Lake Lanier by the septic systems of homes along the shoreline. They are working with Georgia Tech scientists to determine sampling locations on the lake’s shores and are analyzing the collected lake-bottom cores for historical evidence of phosphorus loading.

Nutrient pollution is one of America’s most widespread environmental problems and is caused by excessive nitrogen and phosphorus in the air and water. Too much phosphorus in an aquatic ecosystem causes algae to grow faster than the ecosystem can handle.

Biosecurity is a combination of practical measures and standards to protect farms from incoming diseases. One key standard of disease prevention for animal biosecurity is vaccination. An effective and inexpensive means of preventing disease, vaccination can also reduce the need for antibiotics.

To test the effectiveness and reduce the large-scale cost of potentially curative therapies that use living cells, such as for use in agricultural vaccines, UGA animal and dairy scientists Steven Stice, Lohitash Karumbaiah and Luke Mortensen of the UGA Regenerative Bioscience Center (RBC) are working with Georgia Tech researchers to transform the manufacturing of cell-based therapeutics.

The scientists are working to reduce the cost of generating more reliable therapies while conducting cutting-edge research to address critical needs in Georgia, and to train scientists and engineers who will bring new, high-paying manufacturing jobs to Georgia. These industries will manufacture less expensive, safer and more effective cell therapies for cancer, heart disease and orthopedic treatments in animals and humans. 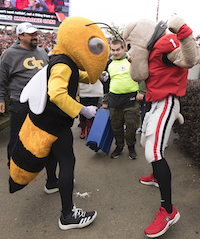 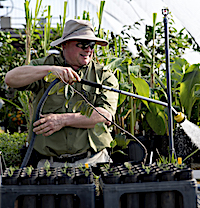 UGA’s Dario Chavez spotlighted in Fruit Growers News 40 Under 40 class Posted on 08/06/20 by Sean J Montgomery
University of Georgia researcher Dario Chavez has been named to the Fruit and Vegetable 40 Under 40 Class of 2020 by Fruit Growers News. The prestigious honor places Chavez within a small group of young professionals who are making remarkable contributions within the industry.

Broad sequencing of tomato genomes will help geneticists breed better varieties Posted on 07/30/20 by Maria M. Lameiras
New technology has led to a greater understanding of how gene placement within the tomato genome influences gene expression and, therefore, the characteristics of the resulting plant’s fruit, a discovery that is important for breeders and producers.

UGA researcher improving sustainability, profitability for poultry processors Posted on 07/21/20 by Maria M. Lameiras
Over time, the U.S. poultry industry has bred strains of birds that grow rapidly to meet consumer demand for chicken products — especially breast meat — but that rapid growth has led to a higher incidence of muscle tissue defects that could lead to revenue loss. 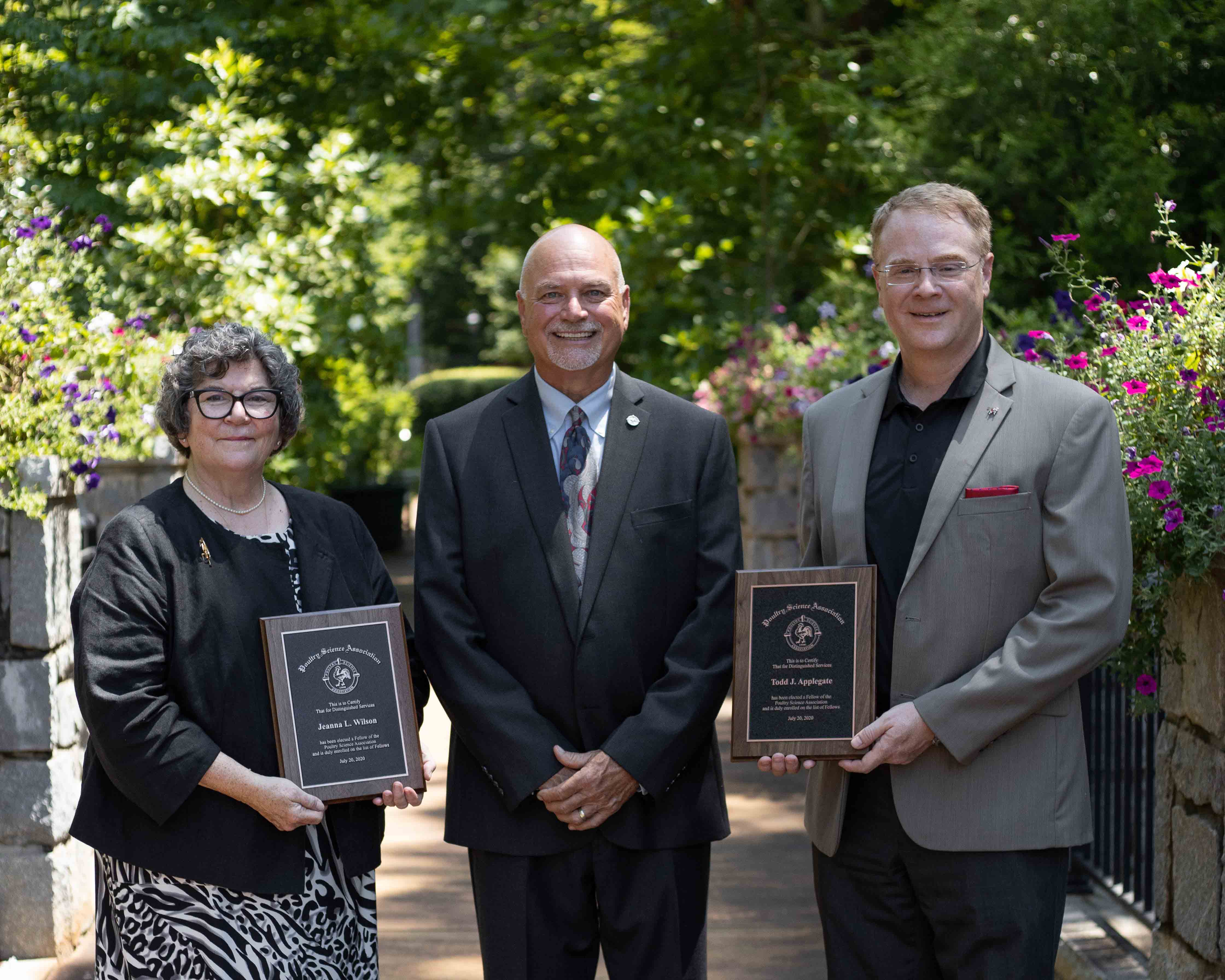